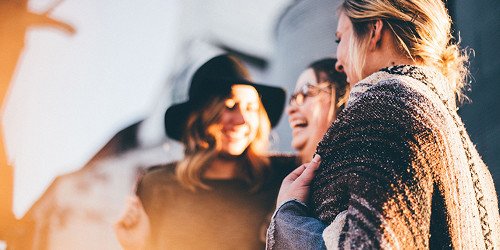 Brazilian Portuguese is essentially Portuguese, yet with local colloquialisms that differentiate it slightly from other Portuguese-speaking countries. If your holiday dream destination is Brazil, it can be handy to arrive armed with the following essential phrases. Brazilians love it when tourists try speaking Portuguese, so have a go and make some new friends in the process.

‘Oi’ literally just means ‘hi’ in Portuguese. It is more informal than ‘ola’ that means ‘hello’ but it’s used in almost every situation from greeting a salesperson in a shop, to greeting friends or business acquaintances. Whenever you meet someone, greet them with an ‘oi’.

Literally translates to ‘Everything well?’, it is the most common way to ask ‘how are you?’ and usually follows after ‘oi’. So when you meet someone, try greeting them with ‘Oi, tudo bem?’. The most common reply, regardless of how they are really feeling, is ‘Tudo bem’. The reply is exactly the same as the question, just the intonation changes.

"Obrigado" means ‘thank you". As Portuguese is a gender-based language, men say "Obrigado" with an ‘o’ at the end, and women say "Obrigada" with an ‘a’ at the end. This is the rule in any context. Sometimes you may hear the more informal "Valeu!", that translates to "cheers" and it is common between friends and in more informal situations. There is a variation on "Obrigado" which is "Obrigadão", literally translating to "Big thanks!", yet it is not so common.

"Quero a conta, por favor" means ‘"Can I get the bill, please? In Portuguese, it is more common to ask for things with ‘I want’ (Quero) which is odd to English speakers who tend to favor ‘"Can/ Could I have". To ask this in Portuguese though sounds strange, so best to stick with the verb, "To want" (Querer).

You will hear this expression in shops or when you enter people’s homes. It means "Make yourself at home’" when you go to someone’s house it or something in the lines of "feel free to browse through the items’", in shops.

This is a charming expression that means ‘Go with God’ and can be said on its own, or following a goodbye to someone. It has the sense of ‘take care and God bless you".

This is used as an exclamation when you hear some bad or shocking news, when you see something that is surprising or when you want to complain about a particularly frustrating situation. It translates to "Our Lady!" and it is used in the sense of "Oh my God!’". It is often shortened to just "Nossa!"

Meaning "Excuse me’, it’s a handy phrase to know when you want to get off a crowded bus or subway.

"Desculpa" means "Sorry" or "I am sorry" and it is used when you bump into someone or say something wrong. You wouldn't use it though, in the context of responding to someone who just had bad news. In that case, "Sinto muito" would be more appropriated.

You will hear these words everywhere on the streets. Both expressions mean "Cool" or "Ok" or even "Sounds good". They are informal expressions and used as a part of everyday life.

‘Saudades’ roughly translates to ‘I miss you/something, yet it has a deeper sense of longing in Brazilian Portuguese. After you leave Brazil, you can say "Que saudades do Brasil!" which means "I miss Brazil so much!"

Why Should I Improve my Accent?

Although it’s perfectly okay to have a bit of a foreign accent when speaking English, or any foreign language for that matter,  a very strong accent...