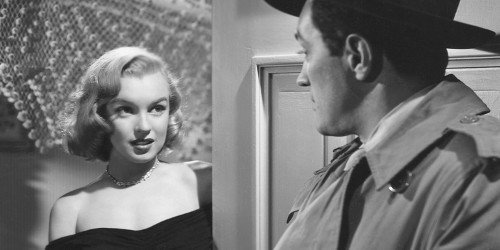 If there is a way to escape from reality, what would that be? It seems today that it doesn’t matter how far or how deep it takes; the most important thing is to feel it can be in front of our eyes. Is that Cinema has always existed for? If the answer is affirmative, maybe Zabriskie Point had been a way out of capitalism before its end: the explosion of all material world just confirms the necessity of a parallel point of view endorsed by the plot. The point of view of the camera in the final scene is the protagonist’s one, or just her imagination on the very (or only?) possibility of destruction after the death of her lover. The end is graphic and unforgettable, when capitalist society can be beautifully exploded in a rhythm orchestrated by Pink Floyd. But there is something from the widespread counterculture assumptions of a way out from reality or from capitalism which is missing in this Antonioni film: drugs, for sure.

It’s interesting to assume the two characters in this film as a kind of innocent people, not just for having been interpreted by non-actors, something Antonioni demanded, but mainly because the dramaturgy doesn’t sustain itself with a few people really acting. Maybe acting in this film was never really necessary, opposed to the Trilogy of Incommunicability (1960-62) where the camera is always near Monica Vitti or Alain Delon, or as in Blow Up (1966) with splendid performance of David Hemmings and Vanessa Redgrave. No, this time, non-actors. Why? Maybe this is the best way to start a critic on Zabriskie Point; noticing that there are no actors and no drugs.

One can say that drugs were necessary to that time in order to help to reinvent society itself. And many can judge the easy escapism drugs offered to young people. But this is not the point of Zabriskie. The transcendence in this film is really in another example of the so-called counterculture of the seventies: the reinvented relationships. The strength of the plot seems to have been orchestrated as a meditation on violence, illustrated by the brutal police oppression in the universities at that time, and motivated by a strong desire to find a way out in the other. The two young characters are motivated by a fortuitus encounter which doesn’t last more than a sunny day but is enough to change their lives forever. But this is not a conventional love story. It is Antonioni. And because of it there are the so-called ambiguity which sometimes can yield a tedious temporality supposing a more contemplative spectator.

Seeing is essential in an Antonioni’s film. It’s really necessary to follow the slow movements and the poetry of the images. Action is for the anxious. Nevertheless, this is the most “action film” of Antonioni, ever. So, what to expect from a film about counterculture with no drugs and no acting? Time. This is Antonioni’s secret and response to the issue here. In this film the characters know somehow that everything will be dissolved by time. Following this only truth, we can assume the protagonist will continue her life after seeing in her mind the destruction of capitalism. Ambiguous? Yes, except for the fact that the destruction has started but it hasn’t ended, it has continued inside Daria’s head where books, food, industrialized products and images (from a tv monitor) explode together. The end is clearly a suggestion but a psychedelic one, an acid effect, and at the same time one in which the protagonist can trust her consciousness. In this mixture of political demands with dreams, Antonioni paints a beautiful film, sober like a protester shout, magical like a dreamer’s mind, and with an unequivocal tendency to be illuminated by repetitive projections. Yes, the end is great.