Hey fellows, what’s going on your adventurous lives? This is the first article that I write about Language Learning and today’s topic is very close to my heart, since I lived it myself. I will discuss here the relation between language and culture. According to remarkable linguists and psycologists that had studied languages during their lives, such as Mikhail Bakhtin and Lev Vygotsky, language is the expression of a group of simbolic codes used to extern the social norms and culture of a social, economic, ethnical or religious group. When I first read this, I could assimilate what he said but I couldn’t understand what he meant. But life has its ways to uncover our eyes to the secrets we must know throughout life. In 2012 (two semesters before I graduated), my university went on a strike. Many Brazilian universities have faced the same outcome in the last years due to the maintenance of weird wage policies and career plans both to professors and technicians.

Well, the strike. I decided to stop mopping about not having classes and then some friends that I met in an English Conversation Group came to me and said: “Hey, have you heard that the Canadian Government offers a few short-term exchange programs for Brazilians?” I confess I didn’t pay much attention to it at first, but then the fixed idea, like the one described by Machado de Assis on “O triste fim de Policarpo Quaresma”, kept hammering my head day and night until I decided: “Canada, here I come!”

Four months of new things for the eyes and for the soul. Four months of squirrels, mooses, bisons and Tim Horton’s damn hot latte. Besides of choosing the wrong ingredients to put on my Subway's first sandwich and telling a lab pal that he had to be patient with me ‘cause I was a hooker (actually I wanted to say a rookie), I learnt one of the most precious lessons of my life about the words we speak everyday: learning a language is just the key to learn about people’s most deep feelings and habits. On a chilly lazy Wednesday, I got home a little disapointed for I found out that my scholarship funds would be payed in installments (Yes, judge me, I wanted to feel rich getting all the money at once!) Then, I told my landlord Jackie: “Sorry Jackie, I won’t be able to pay you this week, since the university will pay me just a few weeks later.” She was like: “Oh, don’t mind. You can pay me when you get the money.” Finally, when the paycheck was issued, I ran subtly back home, yelling to the wind: “I’ve got the money!!!”I ran inside with that joyful smile and told her: “Jackie, the university payed me today. I can pay you the rent!” She slowly smiled and told me back: “Wow, good for you.” Here is the thing. Here in Brazil, when you say these exact words to someone, “good for you” (which in Portuguese is “bom pra você”), it means you don’t give a damn for what the person is saying, or it really doesn’t affect your life in any manner. I felt miserable when she told me that. I thought to myself: “Omg, she was so insensitive. I’ve been here worried about the rent and she says “good for you?” Then, I just gave her the money and went to my room.

A few days later, I was preparing dinner at the basement of the house and Jackie’s daughter, Amelie, came into the house and said: “Mom, mom, look! I’ve got one of the best grades on the test today!” Jackie looked her in the eyes, with all the love and proud a good mother can show and said: “Wow honey, good for you!” I got a knot on my brain. How is it possible that the same words that mean indifference in Portuguese can have a whole different meaning in terms of emotions in English? But that’s the point. Knowing the language ain’t enough. Language is just a key to people’s hearts and minds. Once you know their language, you’re able to communicate and learn how they think, act, wish and love. And believe me, it’s gonna be hard to find two countries where people think exactly alike. There is always something curious and interesting to learn with them.

If you have 30 minutes on your day that you can use to give the first steps into the realm of a new language (be it English, Spanish, Mandarin, French, German, Japanese or any other), do it! I can assure you that you will never regret this decision and your horizon of possibilities and expectations will expand unlimitedly. Go for it!A great week to all of you. Later! 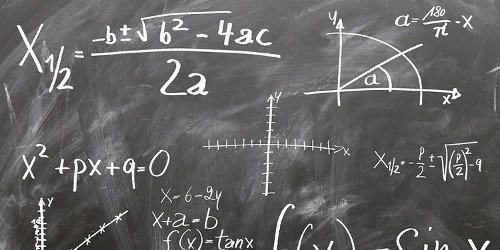